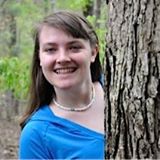 I’m Loren Weaver, and I’m glad you’re here! Let me tell you a little about me.
To start, I’m not a full time writer. I have a BS in Civil Engineering from the Georgia Institute of Technology. In my day job, I’m an engineer.

In my free time, I’m a personal fitness coach. I enjoy helping other people reach their health goals, which is more than just ‘lose 10 pounds.’

I’m currently working on a MA in Creative Writing from Southern New Hampshire University because I want to become a better writer. It’s slow going, but I’m learning a lot that I’m trying to apply to my stories. I’ve been writing since I was eleven, in one form or another. I like to think I’ve gotten a little better at it.

I’m a paranormal junkie. So most of my stories and a lot of the books I read are in that genre. I enjoy looking into the history of the paranormal myths and some of the modern twists. I’m also an avid reader and will discuss a good book all day long.

Interesting facts about me? I love crazy sports and have my black belt in Tae Kwon Do, master SCUBA diver certificate, and motorcycle license. I dream of setting foot on all seven continents before I die.

Hope you enjoyed getting to know me a little better!

For more info, check out some interviews I’ve done for various sites!

Havoc’s Cry
The only living Sorceress, Victoria Novak, finally earned a peaceful, normal life. But with one howl on a full moon, her whole life crashes back into paranormal chaos. The FBI show up to recruit her to the Federal Paranormal Division, the very first all paranormal police force and she can’t decline.

With her life spinning into chaos, the real question is how far is she willing to go to answer Havoc’s Cry.

When she goes to the Coven Master for help, he gives her a vampire liaison. Gabriel, a 400 year old vampire with angel’s wings painted on his face, is violence on a leash. Tori and the team chase leads back to the new club Transylvanian Travesty, owned by a vampire that makes Tori weak with his power. But is he really involved in the killings?

A new vampire murder, paranormal politics, and police work. All in a normal day. But now, Gabriel’s ready to be free, and Tori may be the only way to ensure Archangel’s Salvation.

The Federal Paranormal Division just got a call from the police in New York. There’s been a rash of vampire murders in the Big Apple and they’re in over their heads. Of course, New York City is the vampire capitol of the western hemisphere, and going there without notifying the Council could mean the execution of Victoria Novak, the Sorceress and a FPD Special Agent.

Of course, she’s pretty sure that’s exactly the plan, but she can’t prove it. And so she must lead her team into the jaws of death because duty calls.

To make matters worse, caught in the middle of the drama are her old Coven Master and the vampire that finally gave her the freedom to leave his care. The more she digs into what’s going on, the more she hears Shadow’s Lament.

Leroy has finally caught up with Victoria Novak, the only living Sorceress, after years of running and hiding. But this time, he has no intent to let her go. He’s kidnapped the Sorceress with no ransom. Tori hopes her friends at the FPD are searching for her, but there’s little hope they’ll ever find her.

When she’s thrown into a cage with a young weretiger with no control, things could get very messy very fast. Tortured by silver bars on a silver cage, this tiger’s never seen the light of day. But it’s not just cruelty that made Tori and the tiger cell mate, Leroy is tormenting her with something.

Tori learns some horrifying facts about her new tiger friend, and now must escape with him to bring her Tiger’s Peace.