I AM SO PLEASED TO WELCOME THE VERY SENSITIVE AND TALENTED AUTHOR, BERNARD FOONG, TO MY BLOG, TODAY, FOR HIS WATCH “RWISA” WRITE Showcase Tour! 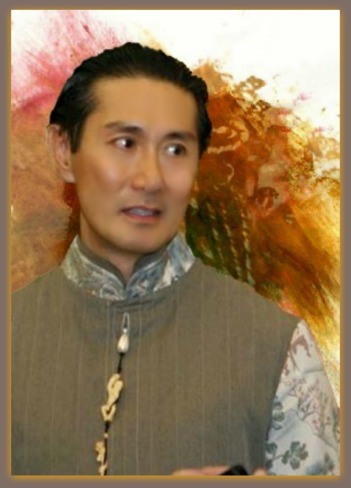 Vignettes Parisian is a collection of four short stories about the Author’s past and present experiences in the French City of Love and Romance, commonly known as Paris.

It is impossible not to have a close encounter with fashion when I am in Paris. Even if I had to wait in the freezing cold for an hour and a half to enter the Christian Dior Couturier Du Reve (Christian Dior Couturier of Dreams)exhibition at the Musée des Arts Décoratifs (Museum of Decorative Arts). My husband, Walter, and I were the lucky few who arrived early before the museum opened its doors. The late arrivals were banished to the back of the queue for a five hours wait before admission was granted.

This spectacular exhibition was worth the wait. Not only were the lives, times, and accomplishments of Christian Dior, one of the great French couturier and his successors well documented,the exquisite fashions and well-thought-out displays were equally impressive.

Since my first visit in 1966 to the French capital of romance, luxury, and fashion, my love for Paris hasnever waned. Before I left sunny Maui, I had designed and made a haute couture gold, silver, and black embossed velvet fleur-de-lis patterned coat to wear during my recent holiday in France. It was at this exhibition that I received compliments for my one-of-a-kind creation.

A stranger approached me at the exhibition to buy the coat off my back because he loved what I wore. Perhaps I should be the next designer to take over the reins for this resplendent Maison – The House of Dior. After all, I am a knowledgeable and seasoned fashion designer who knows every aspect of the international fashion industry.

Shopping In Paris (Then & Now)

I am one of those blessed individuals with a pair of discerning eyes and can detect items I wish to purchase in cramped spaces on my crazy shopping sprees. It was in such a circumstance that Walter and I found ourselves in the middle of the crowded shopping Avenue,des Champs Elysées.

A sole of my shoe had divorced itself from the body of my long-lasting suedes and left me to hobble around Paris like a circus clown with flapping feet. I had to take immediate action to remedy this unanticipated situation before the remainder of my footwear disintegrated onto the wet and soggy ground, while my beloved, sniggered at my fashion malfunction.

I remembered an amusing incident that happened in 1969 at this boulevard. Back then, I was a bright-eyed and bushy-tailed fashion student. Accompanying Moiwas Count Mario, an accomplished Vogue fashion photographer, Andy, my model-looking lover and Valet, and Sammy, a flamboyant young fashionista. The four of us were shopping at the avenue, that drizzly day.

To elongate his petite stature beneath his wide bell-bottom jeans, Sammy wore a pair of eight inches high platform shoes. He also donned a fitted denim jacket over a sassy body-hugging bodysuit. To complete his eccentric ensemble, his dyed cornflower yellow, emerald, and turquoise hair flowed behind him like an exotic mane as our quartet floated down the street.

Eyes turned in our direction as we trotted around Paris in style. Before I realized what had transpired, Sammy was flat on the pavement. Colorful socks bounced around him like raptured pom-poms. The lad had stuffed pairs of rolled-up socks inside his footwear so he could fit his tiny feet into the platforms. He had stumbled on the wet and slippery sidewalk.

Mario, wasted no time whipping out his camera to capture this unanticipated fashion faux pas, while Andy and I looked on in shock.

As if modeling for a Vogue fashion shoot, the quick-witted Sam posed this way and that on the wet thoroughfare while the photographer clicked away at the gaffe. A pedestrian circle had formed in the middle of Avenue des Champs Elysées to witness this “fashion happening.” Advertently, our friend had transformed an embarrassing situation into a photo-opt as the applauding crowd showered the boy with accolades. By the time Sammy got on his feet, he had saved his face with poise and grace.

The Magical Power of The Written Word

“Why are there beds located at different corners of the bookstore?”I asked Monsieur Mercier, an assistant at the Shakespeare & Company bookshop.

“The beds are available for writers to stay a night in Paris for free,” the man responded before he resumed,“ Are you a writer? Do you intend to stay the night?”

Surprised by the man’s inquiries, I evinced, “I am a writer. But no thank you to the lodging offer.”

“What genre of books do you write, Monsieur?” Mercier queried.

“I’m an autobiographer,”I replied.“Because of its controversial and provocative contents, my books are often classified under the Erotica genre.”

The bookseller questioned, “What are the titles of your books, and what is the author’s name?”

“A HAREM BOY’S SAGA; A MEMOIR BY YOUNG.It’s a five-book series,”I declared.

“I believe we have your books in the store. Are the titles: INITIATION, UNBRIDLED, DEBAUCHERY, TURPITUDE, and METANOIA?”he promulgated.

I nodded, delighted by his information.

The Frenchman led me through a series of narrow pathways covered with volumes and pamphlets of the written word. When he finally extracted five volumes of my autobiography from a shelf,my heart nearly leaped out of my chest.

“I read the series. What a compelling teenage life you’ve led. I wish my school had a secret fraternity program like yours,”the teller quipped smilingly.

“Ms. Sylvia Whitman, the owner, might invite you for a book reading at our store.”

“That will be splendid. Unfortunately, my husband and I are in Paris for a short period. Maybe we can arrange a book reading and signing session when we are in Paris again,”I proposed.

Monsieur Mercier and I had exchanged contact information before I left the Shakespeare & Company bookshop. Hopefully, during my next visit to Paree, I will get to meet Madam Sylvia Whitman with a book reading and signing gig in place.

Over the years, I have been asked by many, “Why do you love Paris so much?”My reply is always the same – S.O.W.

Although the Parisian cityscape has changed over the years, these three alphabets continue to shadow my existence whenever I am in or out of Paris. S.O.W.is also a reason Walter and I chose France as our home away from home.

In the autumn of 1966, when the Simorgh(one of my Arab patriarch’s private jet) touched down in Charles de Gaulle airport, I had contracted the romance bug. Back then, the ebullient Moi, an inquisitive teenager with a quest for adventure, was whisked to the Paris Ritz Carlton in a luxurious Bentley by my host, Prince P. I had fallen head-over-heels in love and in awe with both the prince, Andy, my then chaperone and Valet, and Paris, the city of romance. That was before our entourage visited the haute couture fashion Houses of Chanel, Dior, Ungaro, Givenchy, Yves Saint Laurent, Patou, and the fancy eateries, such as Café de Flore, La Belle Époque, Maxim’s, and last but by no means least, Le Folies Bergers. Back then, these infamous Parisian establishments were places to go, to see and be seen. Nowadays, they are tourist attractions.

Through the subsequent years, I had accompanied many princes, princesses, sheiks, sheikas, and their aristocratic Arabian entourages to the French capital. Most significantly, this city of love and romance had taught me the art of Seduction(S), Originality (O), and Wit (W).Some may say that wittiness is a congenital trait, but I purport it as a learned art of human relationships. Whatever definition one chooses to use, I had returned to this electrifying metropolis of S.O.W.; where I had sown many a wild oat. Now, with my beloved husband in tow, I’m here to R.E.A.P.its rewards.

R– Romance continues to exist in this alluring Capital of Love; even amid an influx of foreign refugees and political upheavals. Another series of stories, I will narrate another time.

E– Elegance in this sordid city of high culture is a trait Walter and I find irresistibly seductive.

A– Authenticity is historicity in this Center of Romance. And I am not referring to the faux reproduction of the Las Vegas ‘Paris’ in Nevada, United States of America.

We ask that you also check out their books in the RWISA or RRBC catalogs.  Thanks, again for your support and we hope that you will follow each member along this amazing tour of talent!  Don’t forget to click the link below to learn more about this author: