Pregnant Future
(No One Knows What Tomorrow Will Bring)

Justina was a fighter. And, although it seemed the world was against her and her future was destined for failure…she persevered in the face of it all.

The future that was being thrown in her face, was not the one she had dreams of…and if she wanted to get her feet on the right path,

She was going to have to show the world her strength. But, does she?

Will she have the will to make it to the end, unscarred?

What would you do if you knew what the future had in store for you ?

Justina must make a choice .. .before life chooses for her 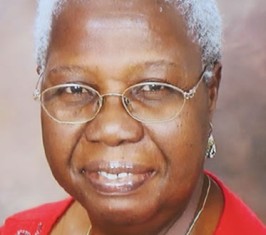 Joy has written and published extensively on national and international scholarly journals, magazines, and newspapers.

Mirror of Our Lives: Voices of Four Igbo Women was published in 2011, and was shortlisted for the Commonwealth Book Contest in 2012. She has also two     books published in the Italian language.

The Legend of the Walking Dead: Igbo Mythologies, is a journey into the mysteries of life and death of the Igbos of Nigeria was published in 2014

Mirror of Our Lives:Voices of Four Igbo Women