Charles is one our newest #RRBC members, still wondering what this is all about…please #RRBC, let’s show him how we profile, promote, and support our members. Charles, you are very welcome here today

SMALL TOWN BOY.
Charles W. Jones grew up in the small town Shoshoni, WY, and he managed to break free from its grasp with his soul intact. Growing up in a small town scared him to death most of the time. It’s very dark at night – really dark. To top it off, it is full of ghosts; well, that’s what Charles thought when he was kid. Turns out it was just the constant wind blowing dirt and tumbleweeds. Two of Charles’ novels are set in Shoshoni, Dreamwalker: The Second Plain and HOME A Novel.

MUSIC.
Music has always been a great contributor to Charles’ life, by means of not only entertainment, but personal soundtrack. When he writes, he listens to different types of music to set the mood of the scene he is writing. Eurythmics will always be at the top of his playlist, but many other bands and genres occupy his mind.

INFLUENCES.
There isn’t a part of the horror genre Charles doesn’t like. He likes it creepy, filled with suspense, or even brutal with intense torture scenes. His favorite horror movies have always been the slasher movies; give him the gore. Clive Barker is Charles’ greatest influence, but is also inspired by Lewis Carroll, Stephen King, and Frank Beddor. Real life is a large contributor to his writing, where he finds beauty in the most unexpected places.

WHAT’S NEXT?
Charles is always thinking of the next story. Characters and places come to him, and he works out who and where they are. Or, he is reading something unexpected. His favorite authors aren’t the only thing he picks, he reads books which aren’t within his genre to keep ideas flowing.

BOOKS
BEAUTY IS ALL AROUND YOU, ENJOY IT WHILE YOU CAN
These are my stories. Beware, not everything is as it seems on the outside. 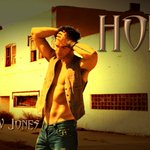 Home A Novel
by Charles W Jones
Average Rating: Be the first to write a review

Shoshoni used to be a thriving, small town in Wyoming, but now has lost its luster. Some don’t care what happens, while others have fought for the town’s demise to keep the prophecy from coming true. One man, hiding behind the glaring windows of the Shanley Hotel, wants the town restored. The young man, he gave his knowledge to many years ago, can help him in more ways than he knows, if he would just come home.

Strange things have been happening to thirty-three-year-old Cody; he’s lost sleep, heard sounds which shouldn’t be there, and has bruises he cannot explain. A woman, he’s sure has been stalking him, tells him to be careful, and he laughs. When he wakes with her in a motel room, he listens to what she has to say, though he doesn’t expect the psycho-stalker to tell him he should not go home.

At thirty, Tyler is still looking for ways to make an easy dollar, but he gets more than he expects when he goes home. He is seduced by the charms of the man living in the Shanley Hotel, and begins work restoring the block. When his brother, Cody, comes to take Tyler away from Shoshoni he is soon drawn into the darkness growing in the hotel without hope of escape.

Hydrangeas on the Lanai
by Charles W Jones

Alexis woke cloaked in darkness. Her eyes burned with the pressure of staring so deliberately. Wondering what time it was, she waited for her eyes to adjust. Finally, the silvery outline of light around the window became visible. Making a mental note to tell Tricia to leave the top layer of drapery open for future nights, she swung her feet out of bed. The soles of her feet found the top of her slippers, and slid inside the soft comfort. She stood, feeling along the bed to the velvety bench at the bed’s foot. The delicate fabric of her chiffon housecoat presented itself to her searching fingers.

She returned along the bed to the window and pulled open the thick, heavy drapes, allowing the shallow glint of moonlight to enter. Parting the sheer layers, she saw the storm had passed, leaving glimmering jewels of moisture on the landscape. In the distance, a pack of wolves rallied across the hills to the orchard. Once they were out of sight, her eyes found the rose garden. How many games of hide and seek had she and Gabe played there?

To the right, movement in the shadows caught her attention. Seeing nothing, she assumed it a cat out prowling, and turned from the window. At the door, a shadowy figure stood. Her heart quavered, freezing her to the spot as she watched with dismay, waiting for the specter to leave. It outstretched its hands to her. Alexis wanted to scream, but could not force a sound from her throat. Clamping her eyes shut, she shook her head, waiting for an icy embrace that did not come.

Looking through half closed eyes, she saw that it no longer blocked her from leaving the room. She wanted to rush from the room, alerting the sleepers about the uninvited visitor. Then she remembered the reaction she received during her account of Tricia’s transformation, and decided they would think she had gone completely insane. Opening the door quietly, she peered into the hallway lit with small lights near the floor, then stepped out of her room. As quietly as she opened it, she closed the door behind her.

The eyes of the young boy in a portrait with his dogs stared at her from across the hallway. In the dim light, his features were shadowy, but the shiny lacquer that glossed the painting made his eyes seem real and observing. Shaking of the thought that the boy watched her, she slowly made her way to the staircase, looking at the other portraits and landscapes hung on the walls. Each brushstroke brought an onslaught of memories. Wooden pedestals held urns and vases generations old. None of which held a speck of dust. Before stepping onto the first stair, she glanced over her shoulder, and shivered. Her eyes traced back along the landing to the hallway angling away from her. She shook her head, and started down. http://www.barnesandnoble.com/w/hydrangeas-on-the-lanai-charles-w-jones/1121380238?ean=2940046621174# 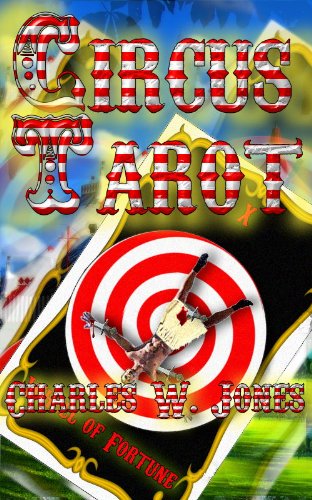 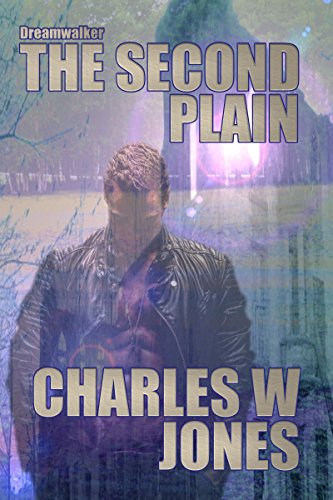 When Reynard Ashwin is offered a new life of vision, strength, and, most importantly, not succumbing to an untimely death threatened by the plague, he is intrigued, but does not accept. To ensure his commitment, the offering entity takes him through the filthy city, showing him tragic scenes of death and decay, he quickly accepts. What was not divulged was the hunger that filled him the moment he took the deal.

At first Reynard abstains from giving the hunger what it wants, and feeds on rodents filling the streets, or lapping blood from cobbles near a butcher shop. When he returns home to find his wife and son have succumbed to the Black Death, he loses his morality, and feeds the hunger burning within him, though ever bite of flesh and swallow of blood leaves him wanting more.

After being linked to a series of heinous murders, Reynard is shipped to America where his bloody rampage continues across the continent. During his travels, only two women are spared from the hunger demanding to be fed as they remind him of his past. With the help of these women, he learns how to end his contract with the hunger.

CONNECT
TALK TO ME
Want more info about me, or just want to say hello. You can do that all here.