It is my pleasure to host today one of #RRBC’s most supportive members, Wendy Scott. Take it away, Wendy, and tell us more about youself!

As a child, I wrote stories and poems.  I recently rediscovered a treasure trove of ‘books’ I made, complete with felt tip coloured covers. (Let’s just say, drawing is best left to the more talented members of my family, like my dad, sister, and step-mum).

As I grew older, I gravitated towards Science. My first job, on leaving Marlborough Girls College, was in the laboratory at the Lake Grassmere Salt’s Works. Only problem was, I had to have a crash course in learning how to drive.  Back in those days, it was a quick theory test, 3 verbal questions and a scoot around the block with a traffic cop. I don’t know who was more relieved when I pulled back outside the cop shop with both of us and the car still intact. I fumbled the emergency stop, only bringing the car to a standstill because my foot slipped off the clutch and I stalled it.  His comments have stayed with me, when he described my attempt at backing, as the most exotic he’d ever experienced in his years as a traffic cop.

Another requirement of the job was gaining a NZ Certificate of Science in Chemistry. This qualification has been the foundation of my career in laboratories and Quality Assurance, in both NZ and Australia.

This was a dream job for a teenager – first task in the morning and at the end of day, was to drive to the beach and record the temperature of the sea. There was a wharf where I dangled a probe over the side – this worked fine at high tide, but a bit of a challenge at low tide. So, after much persuasion, the Manager spent $1000 on a longer cabled probe. The first time I took it to the beach, – I wandered to the end of the wharf and tossed the end of the probe over the side. My satisfaction of it reaching the waves below, squashed when the other end unplugged from the meter and the whole probe slithered into the ocean – never to be seen again (they even sent divers in after it, –but they never found it).

It was while I worked at the Salt Works that I was introduced to fantasy books – my boss was an avid reader and he passed on his collection for me to read.

In 2000, my partner and I moved to Australia and I was fortunate to work in the wine industry in the Barossa Valley, but because I had a lot to learn, I had homework – on Thursday evenings I attended the Adelaide Wine Institute for wine tasting. The trip home in the taxi was always a bit of a blur.

My writing journey resumed in 2003 while I was living in Adelaide (no felt tipped pens this time).

One day, I came across an advertisement promoting a 6-week weekend course on ‘How to Write Your Novel’.  Curious, I enrolled. I listened spellbound to the tutor and within the first 20 minutes, I knew I was going to give it a go – I was going to write a fantasy novel. I attended dozens of writing courses and I can’t thank enough, their main writing tutor. She was a straight shooter, who was a disciplined author, who ran her classes with military precision.

Now many years, later, I’ve written several novels under different pen names. I’ve never published my first manuscript – that was my learning curve. It’s probably been rejected by every fantasy publisher on the planet – twice. Good job, too, as it made me strive to keep learning, to hone this craft, and to write something better each and every time. 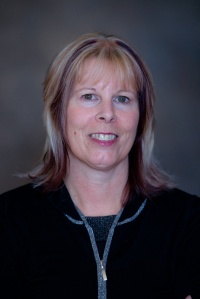