Today, the fourth day of the WATCH “RWISA” WRITE Showcase Tour! #RRBC #RWISA, I welcome author, Rhani D’Chae as she tours. Please, let us all support her. 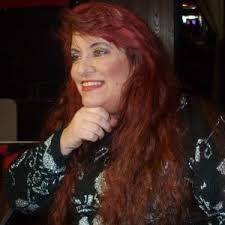 EXCERPT FROM UPCOMINGNOVEL, “WINTER OF THE DRILL”

Decker leaned against the hood of his car, talking to JT in a low tone of voice. His face wore a pleasant expression, and a casual observer would have had no clue as to the seriousness of their conversation.

“Second floor, third from the left?”

JT nodded without turning, keeping his eyes focused on Decker’s face. “That’s what Hunt said, and it does make sense.”

The boy closed his eyes, remembering Hunter’s words immediately after the shooting.

“I think it came from that window over there!” Hunter’s eyes zeroed in on a building across the street. “Second floor, three in, left.”

JT nodded his head, confident that he had given the correct information. “Third from the left. I’m sure.”

Decker dipped his head almost imperceptibly, flicking his eyes quickly over the row of windows on the second floor of the nondescript building. Nothing seemed to be out of place, but he had not expected to find anything. However, the address of the building, as well as the location of the window and anything of interest nearby, went into the small notebook that he always carried with him.

“Well?” JT’s voice held a touch of impatience. “Do you see anything?”

“Yes.” Decker laid one hand on JT’s shoulder. “I see a boy who needs to learn that some things take more than a minute.”

The addition of a friendly smile took most of the sting from his words, and JT responded with a smile of his own.

“Okay.” Decker rose from his perch and stepped on to the sidewalk. “I’m hungry, and you never got to the Olive Garden. Let’s find some food.”

From his vantage point at the front window of the Greyhound station across the street, the man known only as Rhegan, watched them head toward a small cafe. He had returned to the strip in search of street gossip but had surprisingly heard almost none. And what he did hear was not worth listening to.

As he watched the pair walk slowly along Pacific Avenue, he thought back to when he had sighted on the boy and pulled the trigger. He had aimed carefully, not wanting to kill, but even so, he was surprised to see JT back on the street so soon.

After the shooting, he had taken a few minutes to watch the fireworks, knowing that the police would not be called.

His victim had fallen hard, his panic obvious as he managed to scrabble behind the nearest parked car.

His companion had reacted with cool precision, slipping one arm behind the boy’s shoulders and speed-dialing his cell phone with the other hand.

Even from a distance, Rhegan could see that the man was scanning the street. When the steel-blue eyes passed over the window that he looked through, he felt a sudden chill, as if those eyes had looked directly into his and issued a challenge.

A few passersby stopped to offer assistance, but Rhegan could tell that the man was dismissing each with a plausible excuse, for there was none of the panic that usually accompanied a public shooting.

Within minutes a car had pulled smoothly to a stop, collecting both men before exiting at a sedate speed that would not attract attention.

Rhegan had expected the part-time bouncer to run crying to Valdez, resignation in hand. Hopefully, the news that another person had taken a hit in his name would force a desperate Valdez to sign his club, the Toybox over to Malone, at whatever terms had been typed above the signature line.

Malone had told Rhegan that desperation was the only thing that would put a pen in his rival’s hand and had given him a list of potential targets. Malone had laid out his plan of attack, and Rhegan had no problem with any of it.

But, instead of running, his first victim had returned to take care of business. Head high and shoulders straight, he walked the sidewalk that still bore spatters of his blood, not even glancing down when his boots passed over the red splotches.

He was doing what Reagan himself would have done, and the hard-eyed gunman respected that, even while he planned when and where to take the boy out for good.

We ask that you also check out their books in the RWISA or RRBC catalogs.  Thanks, again for your support and we hope that you will follow each member along this amazing tour of talent!  Don’t forget to click the link below to learn more about this author: