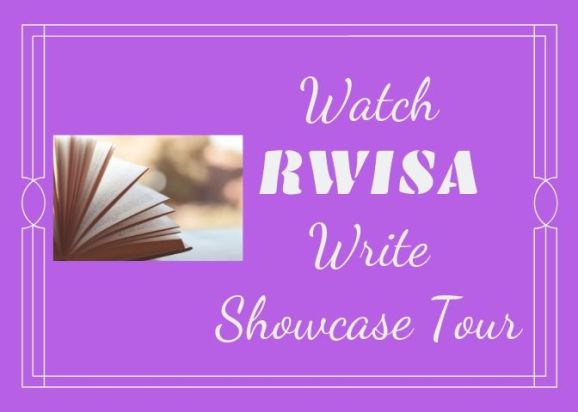 IT GIVES ME MUCH PLEASURE TO WELCOME, TODAY, THE MOST TALENTED AUTHOR BEEM WEEKS ON MY BLOG FOR HIS WATCH “RWISA” WRITE Showcase Tour!

Dying for a Kiss

It’s like one of those stories you’d read about in Ripley’s Believe It or Not. I mean, who ever heard of anybody dying from a kiss?Seriously! But that’s what happened to me—well, except for the dying part. Two weeks in the hospital—that’sthe souvenir Ibrought back from myspring break.

Okay, let me back up to the beginning.

My parents’ hushed words pierce the wall that separates their bedroom from mine. This particular conversation doesn’t warrant status as an argument, though. And believe me, I knowwhat their arguments sound like—lots of yelling, and maybe an ashtray or a bowling trophy gets thrown by Mom. I guess I’d classify this one as just another log of disappointment tossed on the bonfire that engulfs our family—our collective lives.

Dad is a dreamer. The problem is, dreamers make promises they’ll eventually have to break. He’s also the sort of man who’ll spend his last five dollars on scratch-off lottery tickets instead of household necessities, like food, or gas—or our long-planned excursion to Disney World during spring break.

Dad’s the one who sets it in stone over breakfast in our kitchen—Dad, because Mom refuses to play the bad parent anymore.

“Sorry, kids,” he tells me and my sister, Amanda. “We just can’t afford Disney at this time.”

Amanda, being nearly two years older than me, carries a heavier burden of disappointment than I do. She’s had more time to gather her own collection of tales regarding broken promises, cancelled plans, and the jettisoned idea of ever being a normal, well-adjusted family.

“I figured as much,” Amanda mumbles, dismissing herself from the table.

Dad tries to be sincere in his attempt to save spring break. “But that doesn’t mean we can’t go somewherethat’s almost as fun and exciting.”

When Dad speaks of somewhere, it’s usually a state-park campground in some far-flung forest up north.

Amanda hollers from the living room, “Just so you know, Daddy, I hatecamping.”

I don’t hate camping—though it doesn’t exactly make my top-ten list of fun things to do.

My parents met at a Beatles concert back in 1964. Mom claims love at first sight.

Dad, well, he’s been known to dispute her recollections on the subject. He’s fond of saying, “She had the hots for John Lennon, is all. I’m just the booby prize.”

Hippies, they were—and still are, even though it’s 1979 now. They only just recently (as in one year ago) got married—despite the fact that Amanda is almost fourteen and I’m already twelve. And though they’d both been college students when they met, neither has ever collected the degree they once intended to earn.

Mom works at the IGA as a cashier—minimum wage, with practically zero opportunity to advance into a higher tax bracket.

Dad? He’s dabbled in various occupations—sales, electronic repairs (TV’s mostly, maybe a few stereos), welding, landscaping, auto repair. Nothing ever really sticks for him, though. My grandfather (Mom’s dad) refers to my father as professionally unemployable. Granddad still blames him for making a mess of Mom’s life. They don’t speak, Dad and Grandpa.

Dad’s a good guy, though. He means well. He’s just not one for responsibilities.

So, anyway, the folded map of Michigan comes out, spread across the kitchen table. Mom eyes the places circled in red—those previous vacation spots. We’ve been all over the state: Silver Lake Sand Dunes, Traverse City during the cherry festival, Holland for Tulip Time. We even spent a few days on Mackinac Island three summers ago—though we didn’t stay at the Grand Hotel.

Hiawatha National Forest had been my first choice the last time my turn came up. But Dad broke his foot, which cancelled our vacation that spring.

“The Upper Peninsula, it is,” Dad says.

Amanda despises me in this moment. “I told you I hatecamping.”

Radio songs fill the van once we hit US 27 going north. The Bee Gees squawk about a tragedy twice before we’re even on the road for forty minutes.

“I hate that song,” Amanda complains.

Mom tries to lighten the mood. “I spywith my little eye—”

“Ouch!” And just like that, it’s on. We’ll both of us be battered and bruised by the time we spy the top of the Mackinac Bridge.

Blondie sings about her heart of glass and Amanda momentarily abandons our game—just long enough to sing the few lines she actually knows.

Many hours later, I’m the one who spots the top of the Mighty Mack! “I see the bridge,” I say, hoping it’ll irritate Amanda.

But in truth, she doesn’t mind losing this game. It’s not a thing to her anymore. She’ll leave us the day she turns eighteen—or even sooner, if shehas herway. Grandpa promised to pay for her college, knowing my parents will never be able to afford it.

Evening spikes the sky with an orange-pink sunset by the time we find a campground inside Hiawatha. Dozens of tents and RV’s occupy the prime camping spots.

“Andrew and I will set up the tent,” Dad says, parking our van on the last vacant lot within sight. “You girls can get dinner ready.”

Kids—loud and rowdy, as Grandpa would say—run from lot to lot, chasing after somebody’s collie, darting across the road without so much as a glance in either direction.

“Too stupid to last long in thisworld,” Amanda says.

Mom gives her the eye. “They’re just kids, for crying out loud, Mandy.”

“Andy and Mandy,” the girl teases, laughing at our introductions. “That’s cute. Are you two twins or something?”

Her name is Nora, this girl with short brown hair. Already fourteen—unlike Amanda, who still has another month. The tents across the street are her family’s—it’s their collie running wild.

“Sounds kind of crowded, that many people in just two small tents,” I observe.

She looks right at me when I speak—like I’m really truly here, standing in front of her.

“You don’t know the half of it,” says Nora. “I asked if I could just stay home, sit out this vacation. That’snot happening anytime soon.”

Blue jean shorts and a red bikini top—that’s what Nora wears the following morning. And a pocket full of salt water taffy—which she gladly shares.

Mom’s not impressed. “Leaves little to the imagination,” she says, regarding Nora’s top.

“But you and Daddy used to skinny dip,” Amanda reminds her. “So how is that better?”

It’s not really a boat, this thing we rent; it’s more like a canoe—but only plastic. I sit in the rear, my paddle steering us toward the middle of the lake. Amanda has the other paddle, though she’s not really doing anything with it.

Nora sits in the middle—facing me!

I think Amanda is intimidated, not being the oldest for a change.

Nora talks—a lot. But I don’t mind. She tells us all about life back home in Detroit—well, the suburbs, really, a place called Royal Oak. She used to have a boyfriend, but he cheated on her. Her parents separated last year, intending to divorce, but her mom ended up pregnant.

“Amazing how an unborn baby can save a marriage,” Amanda says.

It’s after we bring the canoe in that Nora says, “Wanna go for a walk?”

Only, she’s not talking to Amanda. Amanda is already halfway back to our tent.

We end up in a picnic area near the lake, just me and Nora. She tells me more about herself, her family, what she intends for her future.

“You’re cute,” she says, sitting right beside me on a park bench.

And she’s two years older than me, I think, as her lips press against mine.

On her tongue I taste salt water taffy and excitement and all things possible.

What I don’t taste is the meningitis in her saliva.

Amanda intrudes, tells me lunch is being served at our tent.

It strikes without warning, leaving me confused, nauseated. Words tumble from my mouth, though I have no idea what I’m saying.

Mom’s hand finds my forehead. “He’s burning up,” she says. “We need to get this boy to a hospital.”

Only, I don’t hear it that way. What I hear is, “We need to get this boy a pretzel.”

Two weeks later, I’m back home. It’s a blur, but my parents say I nearly died.

Is that a Ripley’sstory or what?

And what a kiss—totallyworth dying for!

We ask that you also check out their books in the RWISA or RRBC catalogs.  Thanks, again, for your support and we hope that you will follow each member along this amazing tour of talent!  Don’t forget to click the link below to learn more about this author: